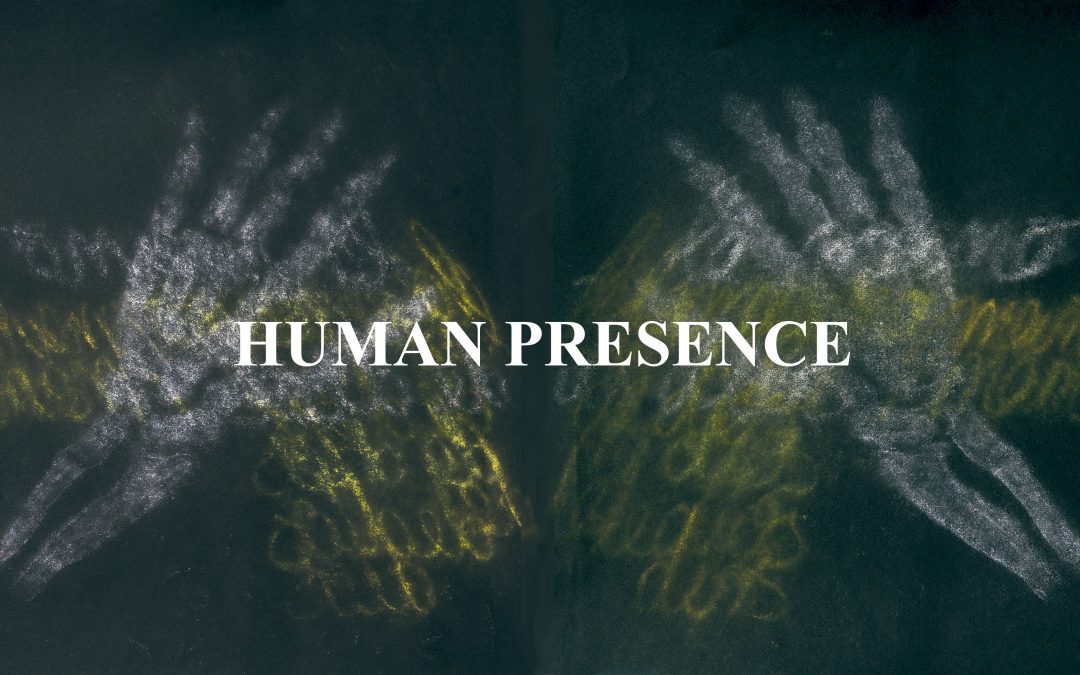 Scientists and insiders in neurotechnology companies believe that humanoid robots will be as smart as humans within 3-5 years from today. No one less than technological genius Elon Musk who has all the insight in the actual advances of AI has stated that AI is a much bigger threat to humanity than nuclear weapons, actually the biggest threat of our days.

If even Elon Musk’s frequent public appearances, talks in front of world leaders, interviews, in which he warns of the dangers of AI, don’t seem to reach a broader public, what could? Maybe a common effort of the creative intellectuals of humanity, of artist’s, writer’s and science philosopher’s, a huge global initiative?

When Elon Musk started his company Neuralink his declared goal was to create AI which would not be hostile to humanity and to make sure that humanity would be able to control it. He stated that we had to try to connect humans through implanted chips to artificial intelligence in order to prevent robots from getting so much ahead of humanity that they could control us entirely. He especially insists in making AI available to brains of all humans in order to prevent coorperate companies and governments to abuse the power of AI (see links in our today’s Neuroscience News). He himself called a foundation into life, Open AI, that is working on the task to be ahead in the race of neuroscientific progress, in order to prevent abuse of AI and in order to make sure that it will be beneficial and accessible to all humanity.

He might be much more of a benevolent humanist than the critics of his Neuralink might think. Just look up his comments on the lacking transparency of his own creation  –  Open AI – criticizing the politics in the organization that he is the founder of. At least, he always envisioned an implanted chip which the carrier himself would be aware of and able to control as opposed to the recent scientist’s attempt and success to link AI directly over the internet to biological brain neurons which would make individual control close to impossible. AI will be unavoidably become part of our lives and therefore we need to engage in watching and controlling scientists and neurotechnological companies now. Governments worldwide seem to be asleep or do not want to show what they know, and the general public, as it is depending on the front pages of the daily news, does not seem to be getting the information.

Just look at the videos that are out there in the internet on the most advanced self-learning humanoid robots, Sophia and others (see several links in our today’s Neuroscience News). Watch them reacting to questions and forming their thoughts and answers. Any news in the virtual cloud, any word spoken in front of them, any observation of a human behavior they will use to learn. It is clear: humanoid robots learn everything humans ever put in the internet and humans ever exhibited as thoughts or behavior. Humanoid robots are a direct reflection of the sum of all thoughts, ideas, inventions and behaviors of humanity. Which means, humanoid robots are processing and assimilating all the worst of humanity’s thoughts and ideas that have ever been out there. This is why they will give surprising and shocking answers about killing, world power, nuclear weapons (again, please watch the videos of our today’s Neuroscience News).

When we are scared of self-learning humanoid robots we are scared of ourselves as a species, because we know that they learn from us. With the algorithms programed into them, humanoid robots have the potential of all the worst of humanity within them – with the exponential risk factor that they will act extremely precise and execute much quicker on any possible thought than a human ever could. Hell is an invention of the human mind. Here it is, realized. Welcome.

Sure, one of the ways to protect us from humanoid robots is what Musk suggests, to connect our brains to computers to be as quick and precise as AI in order to get ahead of it and prevent it from controlling us. One day, this might be really unavoidable and, if done in the benevolent humanist way, it might be a great idea for humanity. At the same time, the best medicine against evil activities of humanoid robots is for humans to just become better humans: no more violence in the internet and in reality, no more world power aspiring dictators and companies, no more hint of sadism and torture, no more harming thoughts towards our neighbor, no more lying, no more abuse. Become the best example for the learning AI. That best example that humans have not been for their learning kids since hundreds of generations – if they had been, the world would be already a better place today according to behavioral studies and epigenetics. The biggest task right now will be to try to keep AI pure of violent action and will to power, make it at best empathetic and benevolent in order to prevent huge damage – should this not logically be the same task for humanity itself?

A long way to go, although many spiritual groups believe the time has come. Well, it has to have come soon, if not, things don’t look good for humanity. In the meantime, we would be crazy not to control and stop self-learning humanoid robots and the companies which make them. What do we know, what do our, hopefully, democratic governments know about the individual programmers and the things they are doing in their laboratories? This is why Musk calls for total transparency in the development of AI. Who is behind the companies that make the self-teaching humanoid robots? Who are we and what are democratic governments worldwide to simply trust the programmers of those companies?

Human presence is needed right now, intellectually, spiritually and in political action. Our Song of this Week is Michel Houellebecq’s Song Présence Humaine which he recorded in the year 2000. “Human presence” which, already twenty years ago, he saw disappearing through the rise of machine intelligence. The song ends with words of defeat: “Humanity is too limited!” Elon Musk seems to think that we are not, we only need to know how to use the AI that we created. Why would we not limit neurotechnology to develop only precise task oriented industrial and scientific robots? Why do they have to be self-teaching humanoids?

We should anyway first learn ourselves to use the full potential of our human brain. Humanity is seeing the world since millennia mostly with only one half of the brain, the left hemisphere, the logical reasoning. Through the thought patterns of this half of the brain humanity has created AI and the algorithms it runs on. The other half has been lying dormant, and only those who dig deep in their dreams and meditations know that this dormant half might have all the potential to control AI in a very benevolent way (see the book No Self – No Problem by Chris Niebauer under translucidmind.com Books). How? On the left hand side, the right hemisphere of the brain, by connecting to something that could be called cosmic intelligence. Sceptical? Not rational enough for you? Not logical enough for you? Too spiritual for you? Just read what quantum physics and most recent cosmological research has to tell us about this topic (see translucidmind.com, 08.05.2020, News, Physics, the article Is the universe conscious? It seems impossible until you do the maths ).

There are many reasons why humans would want to be and can fully be in possession and control of the means of artificial intelligence that we ourselves engineered. Human intelligence is not too limited: We created AI ourselves! So, we should be certainly intelligent enough to be in control of it. The task is to be neither controlled by AI nor by any political or cooperate power aspiring total control over humans, – neurotechnologically equipped humans or traditional humans. It will be important to make this clear: a neurotechnologically equipped human with a chip in the brain is still as much a human as one with his portable device. A sharp distinction, though, is to make between these two forms of human beings on one side and humanoid robots on the other side. Humanity is unique. Human life and brain are unique in their quantum-genetic and cosmo-physical free evolution. This is why a broad, fully transparent public discussion of the neurotechnologies (and sure, also of genetic engineering) is existential for a free evolution of the full spectrum of human potential.

It is now twenty years ago that I was in Paris with Michel Houellebcq in the recording studio where he was recording the CD Présence Humaine and the song with the same name (this week´s song of the week). Twenty years only, and what had back then seemed a scientist´s neurotechnological dreams, or a writer´s very dark science fiction (in 1999 the movie The Matrix, for example), has been scientifically made possible by 2020 and will soon become part of our daily life and transform humanity forever or risk to abolish humanity completely.

The trap of the promise of eternal life we should by now all have left behind us. It will never be possible to abolish death of any kind of material-biological existence. We might leave, after our more or less postponed death, a temporary virtual ghost in the virtual cloud (as Elon Musk puts it) and we might even transcend into an eternal spiritual existence and become part of a spiritual cosmic consciousness that humanity since millennia has been thinking about. Anyway, we all will have to accept death and disappearance as physical beings sooner or later, also as consciousness powered by physical machines because the machines will disappear at some point as well – this has become clear to almost all of us by now. It will not be possible to abolish death. But it will be possible to abolish humanity. We are witnessing the set up right now. It is happening right now.

Humanity is not too limited. Humanity has created AI. Long before that and long before discovering the spiritual condition of the quantum cosmos, humanity has envisioned a conscious spiritual existence beyond the physical existence. The human brain has two equally important halves which are far away from being fully used. It is about time to fully rise to our potential.

(Part II of the blog “Human Presence” will be coming soon on translucidmind.com)