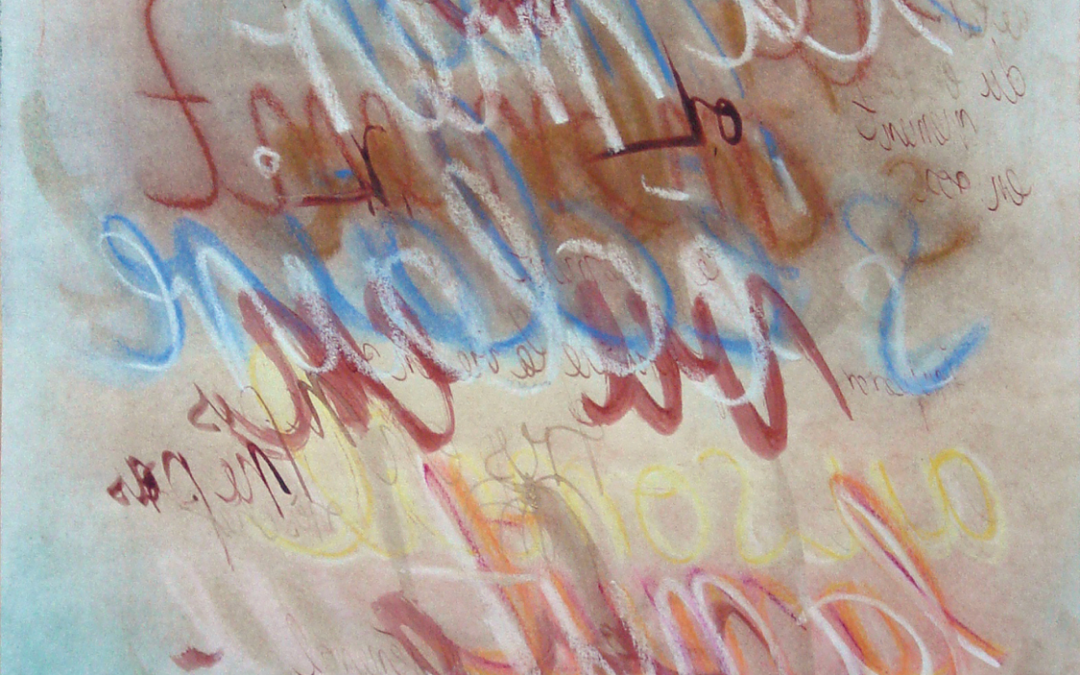 As we all have experienced since the beginning of the COVID 19 epidemic in spring 2020, a lot of fear has been generated recently. Are we fully aware of the impact this has on our lives? Are we not still spending many more hours in front of screens and in social media than before the start of the confinements in spring 2020? Are we not almost permanently tying our brains to our smart phones? Yet the times of confinements are over. The times of using virtual communication as valid replacement for direct contact should be over. There are no reasons anymore for living second lives virtually, the opening possibilities of post-confinement could push on with the spontaneously overwhelming power of the direct real experience of the sensual soul-body. Social media and chats can be used as communication tools – not as real-life replacements.

Who was self-aware during the confinements might have used the time for an inner journey of self-knowledge and will be ready now to burst out into a new life with unknown strength and endurance not allowing any excuse to hold them back from living authentically up to their soul‘s original hight of self-realization.

The times of fear are over for the self-knowing and brave. No more excuses, no more self-betrayal, time to move around, get together, embracing life and soul in hugs and kisses – embracing deeply what makes us human in general and ourselves as individuals in an absolutely unique and undeniably particular reality of our genes and souls.

Maybe, humanity really is at a crossroad right now where few are ready to choose the path of light and self-enlightened human soul’s being – while others stay on the track of confinement and self-confinement in fear of doing any step that would pull them inevitably to start the domino’s chain reaction towards enlightenment – intellectually and spiritually, as an individual and as humanity.

Self-control does not mean self-repression.

It means being in control to allow momentaneous complete surrender and liberation of soul – knowing that nothing can destroy your soul’s inner coherence.
Self-repression is needed when fear of loss of the ego’s borders prevails, the fear of the always longed for oceanic feeling of unity.

Facebook-Leader Mark Zuckerberg just announced to build a huge and all-encompassing company called “Meta”. Using the Greek word meta “beyond, transcending” (usually used to refer to a power or intelligence beyond earthly matters), he does not even try anymore to hide the fact that his company is aiming to become god-creator like, controlling people‘s lives, activities and thoughts through the thick web of artificial intelligence. After a former Google exec recently warned “that AI researchers are creating God“ (see translucidmind.com, Highlight of the Week, Oct. 15th 2021, https://futurism.com/the-byte/google-exec-ai-god), Zuckerberg’s announcement should be more than alarming to everybody. Zuckerberg might know about the symbolism of “Metatron” in Jewish Kabbalah teachings:

Metatron is the name of a Jewish archangel who has the rank of a little God in Judaism, being in possession of the knowledge of everything existing and endowed by God to direct and execute God‘s plan. Metatron acts as a catalyzer between our dreams and reality – just like the social media! Supposingly, he knows the future and can direct it at will (the definition above of Metatron is a loose translation of Wikipedia‘s Spanish definition) – just like many interpreters of quantum physics state today about a highest consciousness in the cosmos. Facebook wants to become that – and what would we, the users be in relation to Facebook? Facebook as our
Fatebook?

Anybody neuroscientifically informed knows that this is a crucial moment for humanity. Elon Musk has not stopped warning about the severe dangers of AI neither had Stephen Hawking. Zuckerberg right now is using this very moment at the crossroad of humanity to implant a new Facebook application called “Metaverse” that will make Facebook a complete second life experience, but with the confusing bits and pieces of material of people’s real lives. What does this mean for the human being as an individual and for humanity? A stepping stone towards complete control of our thoughts and desires through AI? So much talk about AI – and so few of us are really informed. Most people don’t even know that the human brain is the superior neuronal structure which any AI development is based on.

With a fully developed ambihemispherical brain balance the human brain is far more intelligent than any AI. It allows for the deepest sensitivity and deepest intelligence that AI could ever aspire to be and never will be, our brain can at best be a sentient conscious mirror of quantum cosmic reality. Quantum computers are being developed at high speed in order to be superior to the human brain just through the velocity of information transmission and the exclusion of human error. Quantum computation as well as the internet of neurons are certainly part of Facebook’s Meta-project. Nobody tells us that the ambihemispherical brain has all the features to work on that same level of quantum reality’s functioning.

We have to be aware that AI power holders with this – and much more intriguingly detailed – neuroscientific knowledge of the brain and with research on quantum consciousness going on right now at high speed will even more surely try to control the liberation of the human’s full potential. The full power of the soul experienced in an ambihemispherical brain is still a conscious intelligence far superior to AI.

What drives us to give away this power? What force could be so strong? The strongest tool of manipulation of the human psyche is, more even than the promise of joy and the stimulation through reward-mechanisms, the force of fear.

Fear has an overwhelmingly powerful effect on our brain-body functions, as countless studies by neuroscientists and psychologist have shown. Fear leads to the bio-electrical repression of our sensitive emotional functions and that same repression then again triggers ever more fear. There is enough popular literature out there on the topic to be informed, I mention here – for the outstanding depth of the research – two books by highly controversial and yet probably revolutionary Dr. Wilhelm Reich: The Mass psychology of fascism and The Biological Investigation of Sexuality and Anxiety – both titles to be seen on translucidmind.com, in the section Books.

Through fear we might risk to enslave ourselves, even against better knowledge. An ambihemispherically functioning brain with high plasticity and uninhibited communication between the parts of the brain responsible for emotional information and rational integration has much higher resistance to fear. The power of fearlessness is well known to anybody who wants to manipulate individuals or masses as well as to all those who wish for the opposite: a society of autonomous, self-aware and joyful human beings.