by Susanne Steines | May 20, 2021 | Ambihemispherical Holosophy, Blog, Highlight of the Week 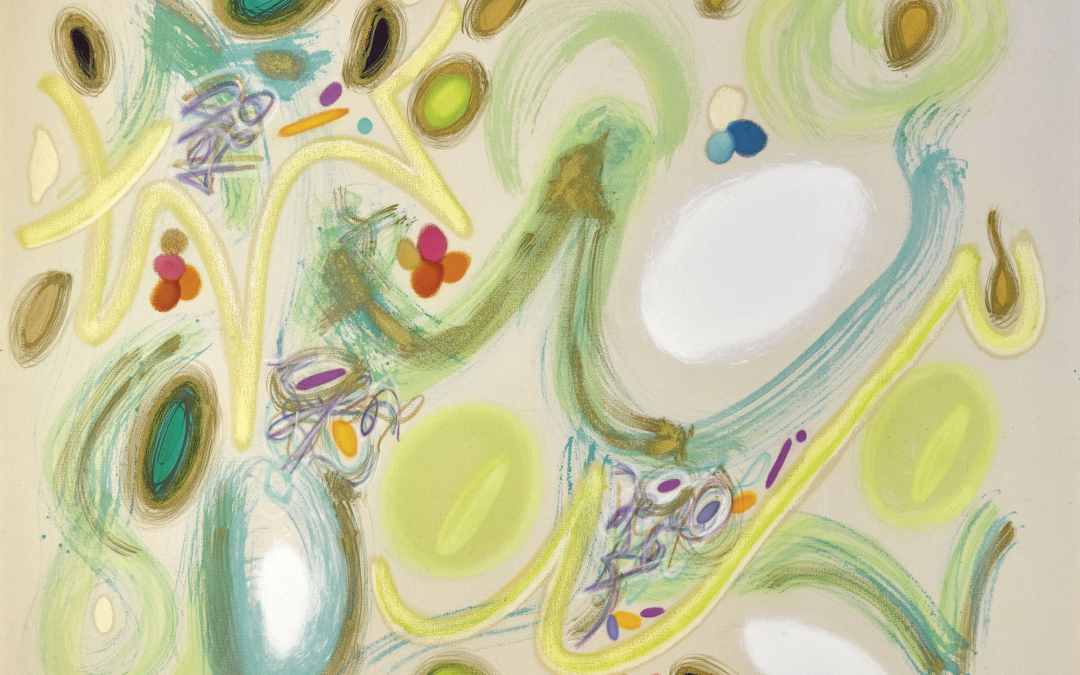 Do you trust? Or do you believe? Trust is a much more down to earth solid concept than belief. You trust in something following the intuition that it appears to be trustworthy. You will probably question it for a while with the rational side of your brain, the left hemisphere, be skeptical about the intuition of your right hemisphere, observe with sincere questioning, analyze with the tool of language, and then, can hopefully allow yourself to go back to the original intuition to trust. It is a matter of having found a fine balance of intuition and reason in order to come to good conclusions and decisions. Now you can start to learn to trust yourself, be honest to yourself and at best, with benevolent intentions.

Belief, on the other hand, relies on miracles to happen according to your wishes no matter if you actively, consciously work on being able to trust the cause, the person involved or yourself. You might choose to believe even when reality has proven you wrong over and over again. Stop believing. Trust. First of all, learn to trust yourself, which requires truthfulness with yourself and others.

Belief is a rather passive and blind surrendering – and dangerous: you might believe in the wrong person (and then trust them blindly or worse, while blindfolded by them, waiting for a miracle to happen), in the wrong idea (not having analyzed it with the tools of your left hemisphere), the wrong path, the wrong spiritual adviser, or you might follow the wrong “signs” (reading of “cosmic signs” and synchronicities, as named by C.G. Jung, is popular in spiritual groups but can be very misleading if you are not in a higher state of psychological self-awareness and self-knowledge which is known to Zen Buddhism as Satori and Kensho. An unaware mind in denial of one‘s personal history and inner truth, might end up only allowing things to be “cosmic signs” that work within a fictitious reality constructed in order to to camouflage neurosis or psycho-pathology, see article about the topic in today´s translucidmind.com, Spirituality/Psychology News).

Trust is a rather active and watchful surrendering to what seems both reasonable and intuitively right. Trust does not give up watchfulness, as you are cautiously but surely stepping forward and learning to surrender to the path that might come. You will see your life´s reality unfolding while you are actively distinguishing the good and the bad signs in down to earth reality (and later, maybe, also the “cosmic signs”) along the way – and making decisions accordingly. As the cosmos and other intentions (people, etc.) are in permanent motion, the signs and reality you will find might not always meet your expectations and wishful thinking. You will have to permanently double check your primary intuition with what you find in actual reality – whereas belief would make you keep believing no matter what! With trust, you readjust and reset your expectations when necessary and decide to the keep trusting or better start to trust in something else.

Keep trusting in your own truthfulness if you might (and only you will know that), and before anything else, in your intuition and your ability to analyze and ponder. Separate the actual reality from your wishful dreaming. You know not to trust blindly when you exclude to believe in miracles other than the miracles of nature, cosmos and, maybe, the creator God.

Trusting is active participation in how your paths unfolds. You have to be alert and distinguish, trust your intuitive associations and rational conclusions. Trusting can be active co-creation with highest cosmic intent, whereas belief can lead to a passive, sleeplike state while you are hoping some higher power will do it for you.

Belief, on the other hand, might be appropriate once you learned to trust in yourself and in your steps, and from there you might observe that a benevolent intent of highest cosmic consciousness seems to be present in your path. This is what following Zen Buddhism Satori will allow you: to recognize and accept your personal path, the Tao. If you learn to align your intent with it, you learn to trust yourself ever more. Maybe you want to believe that everything will flow in the way that your path opens up to the best outcome and you only have to learn to take the right steps forward. Understand to not take it personally when bad things happen on a larger social scale of humanity (politics or natural disasters). But be very watchful on how you personally react to the situation according to your path. There might be strong counteracting intent in the cosmos at that moment. You might want to believe that the benevolent cosmic creator intent will be strong enough to turn even this actual situation into an outpour of more light and creativity. Try to be co-creative in this creation of more light.

You might at some point in life trust in someone or in some idea and take the according steps in a direction that does not lead you on a straight way to what is to be your best path. An error that might take you on a loop where you will possibly learn a lot – or not.  You might suddenly find yourself on a curvy, bumpy, dangerous road where you get hurt many times. Try to make it through it and take the next exit possible. Distinguish an exit from a cliff and an opportunity from a dreamy cloud of belief.

Learn to distinguish a healthy trust in humans based on every day experience from the innocent belief in the general sincerity of humans. A highly benevolent, empathetic, honest and sincere person will naturally project all those beautiful qualities on their fellow human beings just as a malicious untruthful person projects their bad experiences, suspicions and ways of being on others. A person with a general belief in the goodness of humanity might end up trusting in the words of the wrong people – who themselves often know exactly why they chose the genuine person.

Right here is the problem of the highly empathetic, holistically loving and selfless person. The beautiful book with the title “No self – No problem” by Chris Niebauer, Ph.D. (see translucidmind.com, Books) describes the beauty of the right hemisphere‘s holistic qualities in full activity, but does not address the problem this might generate in actual social reality for people with those qualities highly developed.  The loving projection of goodness on other humans (this beautiful intent to only see the good in the other person in order to help them rise to their highest potential) can be dangerous for the genuine person.

A highly empathetic human without further experience with maliciousness in their childhood and in their social relationships might not have the slightest idea of how the Machiavellian thought system of malicious intent works and probably is not even able to detect it in other humans. Although being fairly logical and obvious, this fact is not sufficiently addressed by the disciplines of Psychology of human relations and Law. It is rather to be found in the classics of literature such as in Bertolt Brecht‘s The Good Person Of Szechwan and in the Faust by J.W.v. Goethe and many others.

With the will to trust in another person as opposed to just believing them, you will have to make sure beforehand that your rights will be met. You believe in promises made with great words, convincing attitudes and generosity suggesting gestures of friendship and brotherhood? Don‘t. If you want to trust, make a contract that is benevolent to both. Even if it is good friend who is inviting you to join for a reunion to brainstorm ideas for his new project. Beautiful compliment, he would surely not have invited you if he thought you were dumm. He knows you are smart and pretty genuine.  Make sure to have him sign a contract beforehand agreeing that any important ideas you contribute to the final realization of the project will be credited accordingly. And take note of the ideas you gave him during the process. If he declines, better pass on the invitation, even if he looks at you as if you were ridiculous to ask and assures you that he would credit you and pay you properly at some point – stay strong even if he questions your friendship. You should question his. There are clear signs that he has been trying to take advantage of you.

Don‘t give anybody the opportunity to tap into their dark side by letting them take advantage of you, they might tap into it deeper and deeper and never come back out of it. Help another human to be an honest person by making them reliable for what they have made you think or promised: have them sign it. Now you can trust.

Be sure not to be blindfolded. Be sure not to sign a contract given to you by another person only because the other one talked you into it with promising words or with other ways of manipulation. “Just trust me and sign this” is a sentence that should put you in a state of alert. It is one of the clearest signs of severe manipulation. Read the contract meticulously and know what the other person wants. The person who gives you the contract without asking or considering your opinion will at some point request exactly what is written in the contract, and not anything of what they might have promised outside of the legal agreement.

Don‘t believe in a person whom you fall in love with only because you believe in love in general. Don‘t allow yourself to make yourself blind out of love. Once a person has shown several times significant signs of not being able to live up to the level of your love and sincerity, don‘t believe the person might change only because they have promised to do so for more than twenty times. You might choose to trust the person when you see clear signs of more adequate behavior within a very short amount of time after having heard the person promise they would want to change. Trusting any longer is allowing the other person to blindfold you.

You may trust in a person whom you fall in love with once you see they obviously deserve it, after watching them with wide opened eyes, observing their actions and having double-checked their sincerity with sharp left hemisphere logical reason. Then you can enjoy the intuition of your right hemisphere to be trusting that person. And never forget to wake up out of the dream of love when clear alarm bells ring. Don’t turn the alarm on snooze nor turn it off. Remember you believe in love, not in a person. A person behaves in a way to inspire your well-deserved trust – or not.

You may learn to trust in how your path unfolds when you carefully and truthfully watch your steps – and you may believe in highest cosmic intent to always provide for the best path according to the next step you need to take (which is, probably, what Zen Buddhism calls “following the Tao”). You might sometimes take the loops of error, maybe in order to understand and accept the path. Don‘t turn around in circles for too long. Don‘t believe in something or someone you clearly would not trust.