by Susanne Steines | May 14, 2021 | Ambihemispherical Holosophy, Blog, Highlight of the Week 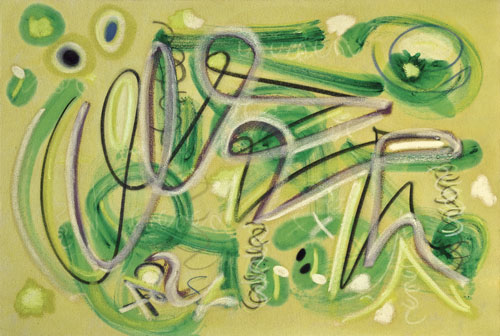 Truthfulness could be so easy. It actually could be one of the easiest things in the world and make you have a simply complication-free life and liberated mind. So, what is the problem with truthfulness? What is it about all those counteracting intentions that lead the human away from truthfulness?

First thing which makes it difficult to be truthful are inhuman moral and legal laws which do not consider the true reality of human nature nor that of the nature of reality itself. For example, if two people are drawn to each other by mutually shared energies while their existing relationships do not flourish in any way or even harm the free development of everybody involved – it is inhuman and against the nature of reality to condemn the two who are falling in love with each other. Luckily, in our times, almost all countries of the world have established this agreement as a base of their legal laws. Just a little more than a hundred years ago, this was still very different in many places, and, unfortunately, still is today.

Second thing which makes it difficult for humans to speak truthfully is the spirit of revenge and punishment dating from more primitive ages of human evolution. When a choleric father shouts at his son: “You damn liar”, and beats him hard for not having admitted that he ate his little brother’s chocolates – that young human cannot evolve reasonably. When a jealous husband kills his wife as she admits a love affaire, we know, things have gotten way out of control – although some country’s laws would blame the wife and not convict the revengeful husband of murder. Way to go.

Third thing is that there are behaviors and actions which are clearly harmful to another individual or to a group of humans and therefore have consequences following human ethics and legal laws, spoken ideally by uninvolved, unbiased, long trained professional judges – procedures which we normally all accept as necessary for the protection of the individual and the community. But not everybody has the natural humility to want to surrender to that minimum respect for the other human which consists in not being harmful to the other and making up for one’s mistakes in case of having harmed somebody.

Many religious texts in different religions have addressed these three key problems that surround our difficulties with truthfulness, and those texts contain ethical rules which modern laws are based on. In the New Testament there is the famous story of Jesus and the woman who committed adultery, for which an ancient law requests penalty of death by casting stones at her. Jesus asks the crowd which is ready to stone her to death: “Whoever of you has no sins to admit is to cast the first stone”. Everybody will lay down their stone and walk away.  Jesus sets an example of a very human approach to truthfulness, the difficulty of judging humans and the example of forgiving humans. It is essential to be truthful about our own wrongdoings.

Let’s stay with the topic of adultery, as it is very common and has undergone many changes of judgement in history. What is adultery? Why is it even named with such a morally charged and by its very connotation highly judgemental word? Maybe the woman had fallen deeply in love with this other man? Maybe her husband himself has betrayed her many times? Maybe he has not had interest in sex with her in many years? Maybe he himself has had many different affaires? Maybe he is a choleric violent man, maybe he is holding her like a slave? Or, maybe, he actually is a wonderful, faithful, beautiful lover – and she was just suddenly aroused by a situation, as uncontrollably horny and sex driven as many of her male fellows are who are blaming the masculine hormones for it.

Maybe. Each of us needs to be true to oneself and to our story. If it is your truth, for example, that you lived in an almost slave-like economic dependency, that you did not dare to speak up, that you already forgot how tenderly spoken sensual words feel like – and suddenly somebody opens your heart and sensuality with a sweet tender voice and eyes, well, maybe then you should just speak the truth and let your partner know that you have to move on. Speaking the truth in front of anybody who might be harmed if you do not speak the truth.

Obviously, there are many different degrees of untruthfulness, from the little daily life lies to a dramatically different degree of malicious intent to harm others. Any lie you make up, no matter how small it seems, with which you risk the possibility of harming another human in his psychological and material existence and human dignity is related to malicious intentions. It counteracts the benevolent intention that human consciousness by nature of the species strives for. By nature of the species?  Yes, and I will come back to this later.

There are little daily lies that don’t harm anybody and make daily life easier, like blaming traffic jam for your coming late to an important meeting instead of telling that long story about the baby pooping up the diaper last minute before getting ready for kindergarten while at the same time the three years old was spilling the milk all over the kitchen floor.

But then there are lies that are wrongly considered unharmful or even protective of somebody, like with the example of unfaithfulness in a love relationship: the assumption to better not tell anything about your affaire because it might hurt your wife. Why would you tell her? Good question. Because you might leave somebody in the compromise of complete faithfullness while you yourself do not compromise to faithfulness. Maybe your wife would also like to have an affaire, and, if she knew about yours, would finally accept the invitation of that sexy neighbour. Or, maybe she would say that unfaithfulness does not work with the integrity of her spiritual level of loving and that she wishes to move on to another relationship? Maybe even, she would be relieved as she does not really enjoy the sex with you and would even happily accept the idea to separate, after all, to find somebody that matches her much lower level of sex drive?

For the harmony of everybody involved, for the peace of humans in interaction, for your own peace of mind it is indispensable that anything about yourself and about your actions that might possibly harm somebody else comes to the light of truth.

In the realm of severe hurting of others – be it by accident, uncontrolled mood break outs, or actual malicious intention – there is rarely complete truthfulness because most humans are fully aware of the inevitable lawful consequences that are necessary to protect others and to recompense victims. Lawful consequences are inevitable in a functioning society and necessary as long as they are not just imposing some kind of painful punishment that comes from a spirit of revenge.

With our untruthfullness we also hurt ourselves. Most of us understand the torture that it means for a human mind to permanently have to fear that some of one’s wrongdoings might come to the light of truth. Some of us have been taking the bumpy road to cover up a wrongdoing with always more lies and distortions of the truth – hoping to get away without consequences.

As it is probable that there is a much higher creative consciousness and benevolent intent working in the cosmos than we can imagine, we have to assume that human consciousness by nature of the species is permeated by it – just because we are able at least to imagine some aspects of this holistic love. There is neuroscientific evidence that the right hemisphere of our brain enables us to imagine and feel in such a holistically loving way. And there is reason to assume that this imagination also stems from the feelings of the human heart.

The price for being endowed with the consciousness of benevolence and holistic love is: a bad consciousness anytime we acted with malicious intentions towards the other or have been untruthful. Following the creation story of the Bible, divine benevolent consciousness gave us the apple of the knowledge of benevolence and maliciousness so we would be able to find wisdom and a glimpse of eternity in love, – evolve with it toward divine consciousness: to know truthfully if what we are doing is benevolent to the other human being or if it is not. That is the nature of human reality. We have a pretty high degree of awareness, and we have the choice to deny, lie or not: to be truthful to our actions and to ourselves.

There is the story of the biblical Susanna, who remained steadfast in truthfulness to herself, her love and her beloved husband. Two elder man (who saw her naked while taking a bath in her garden), highly respected judges in her town, blackmailed her by threatening her they would accuse her of having witnessed her having sex with a young man after her bath – if she did not perform sex with the two horny elders. She refused to sleep with them and ended up being accused of adultery as witnessed by the two supposingly trustworthy elders. In those biblical times, adultery was punished with death, which she knew, but her love, inner consciousness and integrity had not been able to compromise the truth of her love and herself – although it would have been fairly easy, completely secret (as the elder judges surely would never ever have told anybody about their wrongdoing) and no existential consequences for her to be expected. Hers is an example of the highest degree of a human consciousness in truthfulness and her story has served modern law makers to define new methods of investigation and questioning of testimonies and witnesses. Any truthful action we might do today will tomorrow lead to more truthfulness in the evolution of human consciousness. It could be so easy.